I have begun putting together the stories of our family history.  It will be a many year’s process, of course, but I hope to make available to the rest of my family, and future generations, the stories and pictures of our ancestors who have come before us.

Here is playlist of family videos that I am sharing on Youtube: Henry & Orville’s Silent Films.

Our Grandpa Henry and Great Uncle Orville Dahl made silent films back in the 1930s, 1940s, and 1950s. These films were made in Minneapolis, Saint Paul, and in travels around the country and the world.

The Saga of Christine and Andrew Kindall: 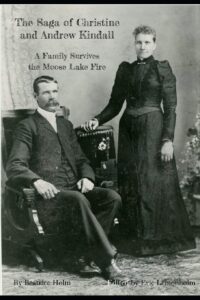 The true story of Andrew and Christine Kindall and their children, who survived the great Cloquet/Moose Lake Fire of 1918, though most of their farm was destroyed. Beatrice Holm composed this narrative from firsthand conversations with her aunts Ruth, Florence and Freda, who lived the events recorded. Edited by Bea Holm’s grandson the Rev. Dr. Eric Lemonholm, this book is a record of family history that would have been lost if not for Bea Holm and her brother Clint Hedsten, who recorded the conversations that formed the basis for this book. 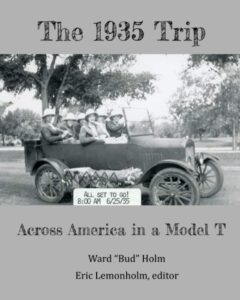 A Narrative of six young friends in 1935, journeying from Minneapolis, Minnesota, heading west through 13 states and one Canadian Province, in a 1924 Model T Ford. From the personal diary, letters, and pictures of Ward Kermit “Bud” Holm. Originally published privately in 1992 for his family and friends, this new addition has been edited and expanded by Bud’s grandson Eric Lemonholm.